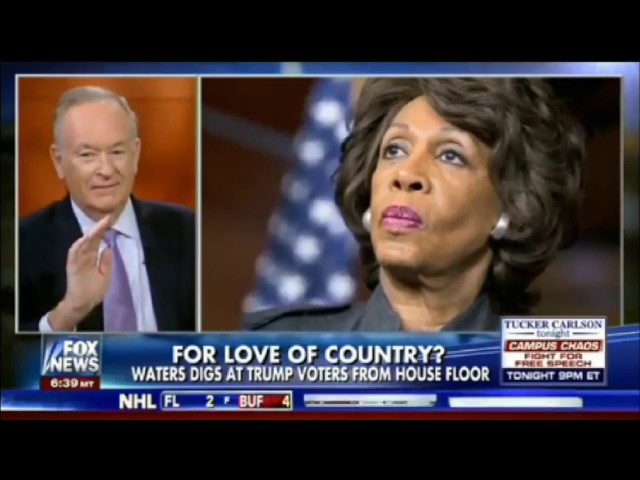 “The O’Reilly Factor” host Bill O’Reilly said in response to a clip of Maxine Waters that he “didn’t hear a word” she said because he was “looking at the James Brown wig,” referring to her hair. O’Reilly made the comments on Tuesday’s “Fox & Friends.”

The recording of Waters, who speaks to California’s 43rd locale, demonstrated her railing against President Donald Trump and the patriotism of the Republican party.

Watch the video below:

Kanye West has fired up his feud with rap rival Drake afterlearning the Canadian star had asked to use a sample of his 2009 song SayWhat’s Real. Kanye took to social media on Thursday to attack the God’s Plan hitmaker, and demand an apology from him for things Drake has said in the media. “Drake […]

Netflix New Series Looks Like The Scariest TV Show Ever

Television fans who have been crying out for a time-bending, German-language murder mystery will at long last have their prayers replied with Netlix’s most recent, truly startling looking arrangement: Dark. Released  on 1 December with 10 episodes planned, the show’s introduction trailer gives minimal away, yet appears to take more than a couple of […]